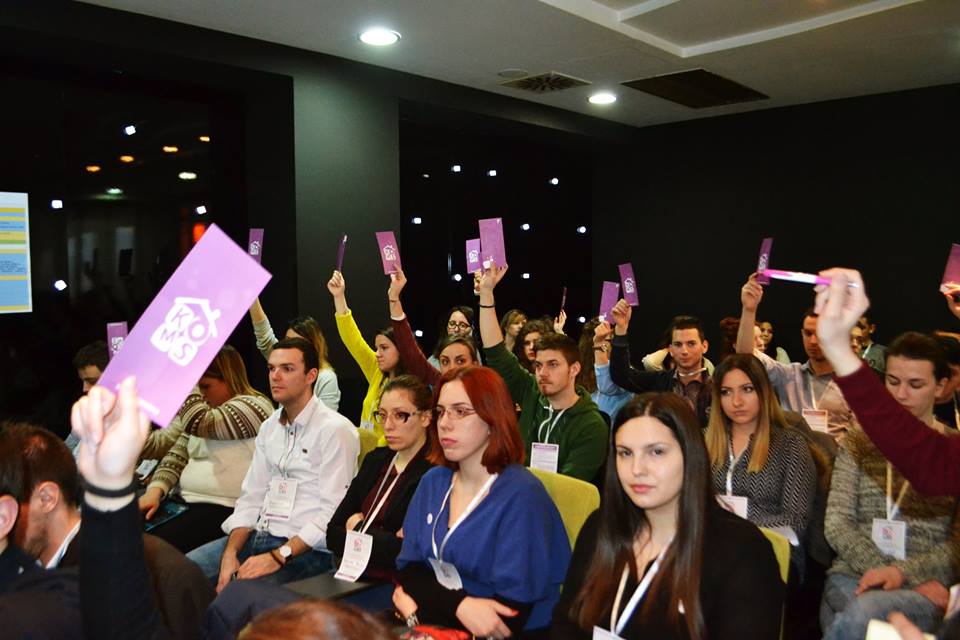 Fifth regular Assembly of KOMS (Umbrella organization of Youth of Serbia) was held from 25-26. February 2017. in city of Niš. More than 37 delegates from entire Serbia attended.  Libero’s delegate was Miloš Pavlovic.

KOMS is the highest representative body of youth in Serbia. It consists out of 97 organizations from whole Serbia. Assembly of KOMS represents  a  constituent body of organizations.

During this year`s session the following documents were adopted and decisions were made:

Delegate of Libero took part in discussions in the working group on topic „Communication in the network“ with a goal to make communication more efficient and simple for organizations and their members. In particular, there were talks on efforts toward raising the level of interpersonal relations during the process of communication between different organizations.

The Assembly was held in a collegial atmosphere, with full respect for the principles of the freedom of expression, thanks to the work of the Chairman of the Assembly in particular.

Libero is looking forward to take part in the next Assembly of KOMS, which will be held in February 2018.